Nanjing, called Ning for short, is the capital of Jiangsu province in China and a city full of vigor and opportunities. It is a window for you to get a glimpse of real China. Touring, studying and living here, you may find it changing and growing every day, you may find it a city with Chinese tradition as the background and full of many modern qualities, and you may feel the hospitality of the people here. 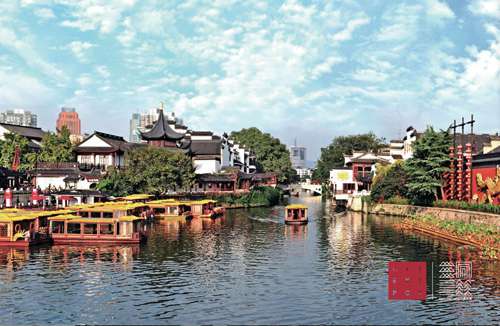 The total area of Nanjing is 6,598 square kilometers and its total population reached 8.22 million in 2014.

Nanjing and has a prominent place in Chinese history and culture, having been the capital of China on several occasions. Located in the lower Yangtze River drainage basin and Yangtze River Delta economic zone, Nanjing has long been one of China's most important cities. It is the second-largest commercial center in the East China region after Shanghai and has been ranked 7th in the evaluation of “Cities with Strongest Comprehensive Strength” issued by the National Statistics Bureau. 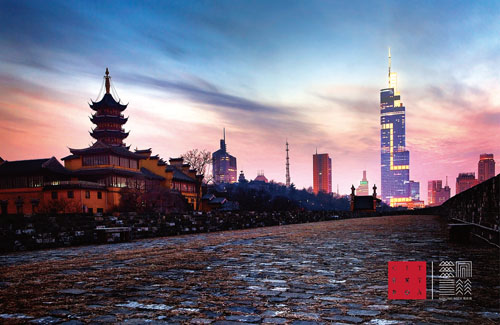 Nanjing is situated in the lower reaches of the Yangtze River, at 32°03’N and 118°47’E. It borders with the Yangtze River Delta to the east and the hilly areas of South Anhui to the west, adjacent to the water network of Taihu Lake in the south and the Jianghuai Plain in the north. With the "golden waterway" Yangtze River flowing through the city, it is 380km from the Yangtze River’s estuary to the sea, and about 300km to Shanghai, the largest city of China.

Nanjing is in the monsoon climate area of north subtropical zone. The four seasons are distinct here, with damp conditions seen throughout the year, very hot and muggy summers, cold, damp winters, and in between, spring and autumn are of reasonable length.. Its annual average temperature is 14℃, and the annual average precipitation 1034 mm. 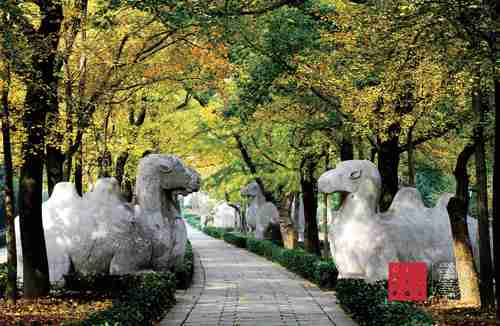 Nanjing has been a center of trade and commerce since ancient times. Its position as a major port city along several important Yangtze trade routes has served it well for centuries, and today its location at the intersection of three major railway lines in the booming Yangtze delta continues to facilitate its growth. In recent years, Nanjing has been developing its economy, commerce, industry, as well as city construction. Under the correct leadership of the provincial government, the city of Nanjing has made significant achievements in its economy and society and won a good beginning to start the "Fifth-Five Year Plan" as the people of the region from top downwards seized the opportunities and deal with the crisis and challenges by taking firm steps under the light of scientific outlook on development. In 2014, the GDP citywide reached RMB 882 billion, up 10% YOY; Local general budget revenue reached RMB 90 billion. In 2013, the city's industrial output value of industrial enterprises above designated size was RMB 1.26 trillion. 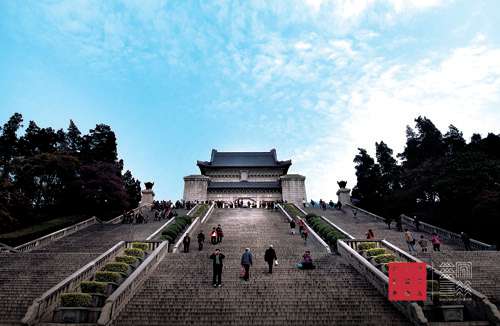 Nanjing, an ancient capital of China, enjoys a worldwide reputation for its history and culture. Archaeological findings show that human ancestors lived in Nanjing area around 300,000 years ago, and primitive villages took shape 6000 years ago. Since the 3rd Century AD, 10 dynasties and regimes made Nanjing the capital and established the country: Wu, Eastern Jin, Southern Dynasties (Sung, Qi, Liang, Chen), Southern Tang, Ming, Taiping Heavenly Kingdom and the Republic of China, hence the titles “Ancient Capital for Six Dynasties” and “Capital City for Ten Dynasties”. The history has left abundant Chinese historical and cultural relics in Nanjing. Nanjing was made capital in ten dynasties in history, known as one of the four major ancient capitals in China together with Beijing, Xi’an and Luoyang.

Qinhuai River, in the southwest of the city, extends one hundred kilometers. The river used to be the most flourishing part of the city in the old days. In many Chinese novels, it is renowned as a place which nurtured beauties and romance. Today, it is a place for people to recall the old splendor of this historical city. Like all sights here, it tells a story of past, present and future of the city.

As one of the four ancient cities in China, Najing boasts time-honored history and profound culture. Nanjing is also one of the educational and cultural centers in China, where traditional Chinese festivals are all celebrated. On Spring Festival, Nanjing people will post couplets and Door Gods, and some literati even post a picture of cock onto the door. On Lantern Festival, lantern show would be offered, together with other activities of Tomb-sweeping day, spring outing, and Double Ninth Festival, climbing mountains.