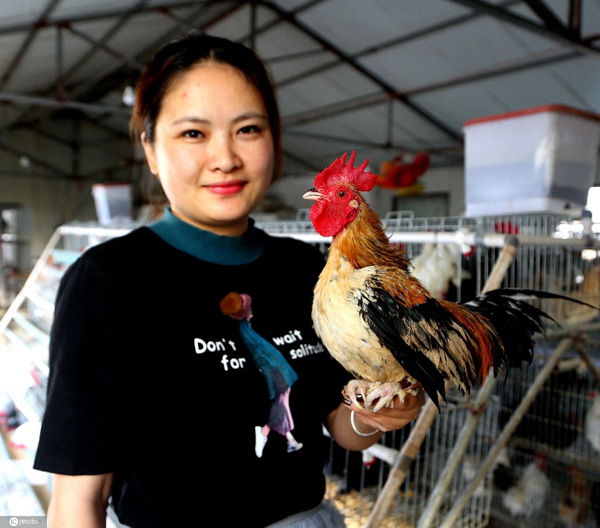 Lin Min takes a photo with one of her chickens in Chengdong town, Haian city, Jiangsu province, on Oct 14. Her years of hard work paid off, with chickens selling for thousands of yuan each. [Photo/IC]

Born in Chengdong town in Haian city, a rural area in Jiangsu province, Lin has always held a deep affection for her hometown, which is why she decided to move back after graduating from college and start her own business raising and selling pet chickens.

Though her efforts reaped little reward a first – at one point the price of her chickens nosedived to a mere 100 yuan ($14.14) per head – Lin persevered.

She now owns more than 3,000 adult chickens and has bred over 10 species. The best-looking chickens can be sold for thousands of yuan and are widely popular in Beijing and Shanghai as well as 10 other provinces and cities.