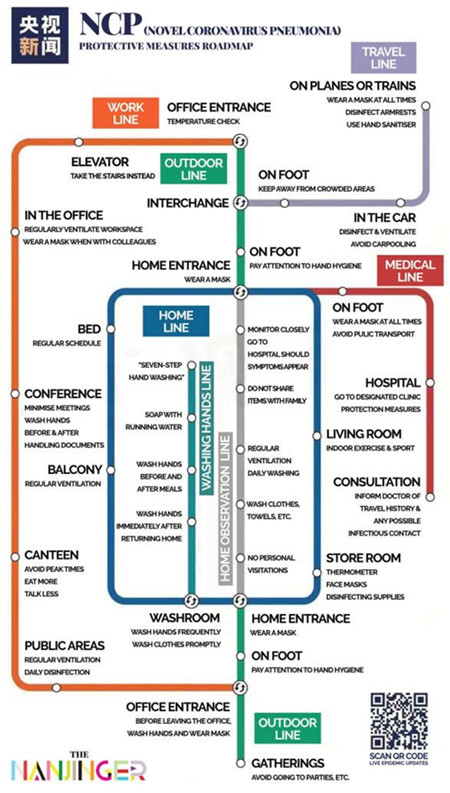 A guide to protecting against NCP, translated into English by Hossack [Photo/jschina.com.cn]

"We will win together" – a slogan coined by Frank Hossack and his wife and referring to the fight against the outbreak of the novel coronavirus pneumonia (NCP) – recently caused a stir when it was seen on a giant screen at a shopping mall in Nanjing, Jiangsu province.

Hossack and his wife have been explaining the NCP situation and assuaging the fears of foreigners in China since the outbreak began. The couple recently translated a list of protective measures, which was initially created by CCTV and tells people how to protect themselves against the virus, into English for other foreigners living in China.

"The infographic is clear and straightforward and details measures citizens can take both inside and outside the home to protect against infection," Hossack said.

His translation went viral on his overseas social media accounts, which Hossack, who has been in China since 2003, when there was a SARS outbreak, attributed to the Chinese government's quick and effective response to the outbreak. 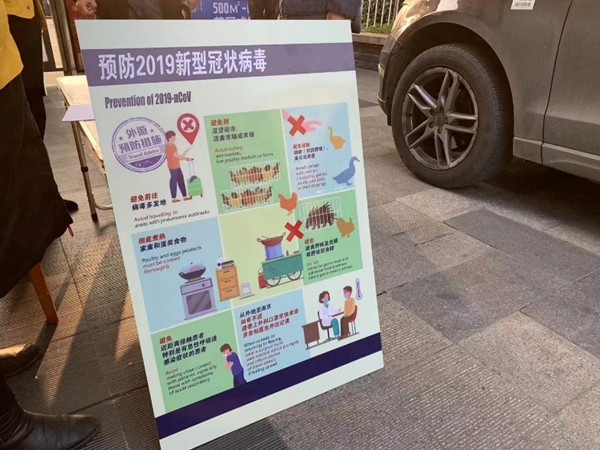 A bilingual poster created by Frank Hossack and his wife is placed at the front gate of a residential community in Nanjing, where many foreigners live. [Photo/jschina.com.cn]

"I work in media and I want to share what I know with foreign readers," said Hossack, explaining why he and his family chose to stay in China during the outbreak.

"Many foreigners, including teachers at local international schools, have decided to stay in Nanjing."

"This time, the Chinese government has done a better job preventing and controlling the outbreak, and its information is more transparent and straightforward," Hossack said. "We believe we will win together." 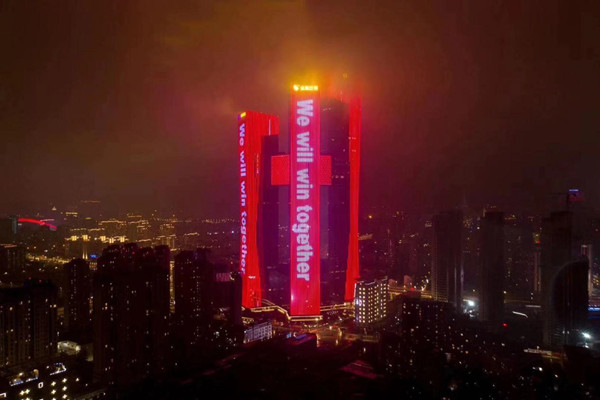 A building in Nanjing is illuminated with the slogan "We will win together", coined by Frank Hossack and his wife. [Photo/jschina.com.cn]