Boost Your Chinese Vocabulary With These Revised Coronavirus Idioms 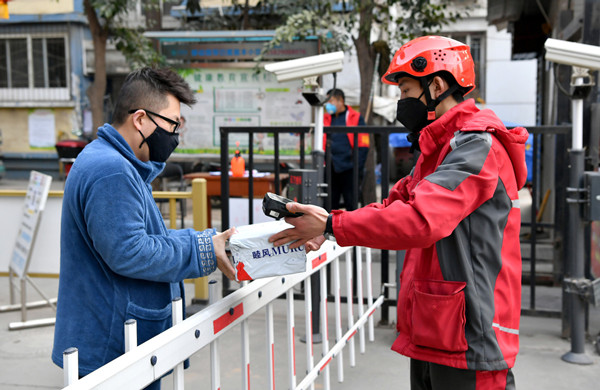 A deliveryman (right) hands a package to its receiver at the gate of a community in Xi'an.[Photo/Xinhua]

Reading Chinese idioms is like browsing ancient Chinese social media. Proverbs derived from the knowledge, feelings, and circumstances of Chinese intellectuals and writers many moons ago now give us a snapshot into their lives as captured in concise four-character utterances.

Given the huge (and growing) impact that the coronavirus has had on all of us this year, it only natural then that some of these phrases be given a reboot to reflect the times. That's exactly what China's netizens have done, adapting and coopting old idioms (成语 chéng yǔ) to express their emotions and get creative in the face of an otherwise harrowing historical moment.

别来无恙's original meaning is "Nothing bad has happened since the last time we met." In the original idiom, 别 bié means "parted" but here it is interpreted as “don’t,” modifying the idiom's meaning to "Please don’t come to visit us, then everyone will be fine."

This idiom is used to praise people who don’t help or shield their family members from the authorities if they have committed a crime. By replacing 义 yì "justice" with 疫 yì "plague," this adapted version reminds people not to conceal their family's (ill) health, and specifically, not to let them gather during Chinese New Year. 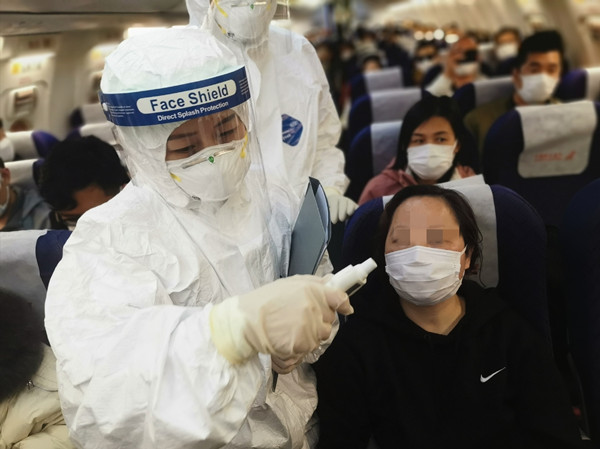 出 chū and 入 rù refer to expenditure and income in the original idiom 量入为出, meaning "Consider your earnings before you spend." For a new coronavirus twist, they've been switched for "outside" and "enter," respectively, altering the final saying to mean "The body temperature of anyone who wants to enter the compound should be taken."

In its original form, 朝 zhāo and 夕 xī indicate morning and evening respectively, and the idiom signifies spending night and day with someone or something. Given that masks now accompany us no matter where we go, 朝 here has been switched for the heteronym 罩 zhào, meaning cover or mask (as in 口罩).

Here, the original saying 口无遮拦 is used to describe someone who is straightforward to the extent that they are regarded as rude, inconsiderate, or has such a big mouth that they're unable to keep a secret to themselves. The character 无 wú means "no" or "do not" and when replaced by 捂 wǔ "cover," acts as a reminder for people to cover their mouth and nose when sneezing or coughing.

通风报信 describes tipping someone off about the location of an opponent or rival. 通风 tōng fēng is a metaphor for sending a message by taking advantage of flaws in the system. The epidemic version, on the other hand, choose to use the literal meaning of these two actions, 通风 tōng fēng "ventilation" and 报信 bào xìn "report" to describe how you should keep your families, friends, and others updated as to your health condition.

The original idiom 刻不容缓 expresses how in an urgent situation there must be no delay. 刻 kè is a traditional measurement of time in ancient China (and is still used to this day), which is approximately 15 minutes. By using 咳 ké "cough" instead, the updated idiom warns people to take serious and rapid measures should you start coughing.

不约而同 describes a situation in which people reach an agreement without any special arrangements or communication, with 约 yuē meaning 约定 yuē dìng "promises." In the new version, 约 yuē is used as in 约会 yuē huì "meeting" or "gathering." Therefore, the updated idiom indicates that it's now common understanding that we should no longer go to parties gatherings.

This idiom derives from the traditional medical practice of discovering that one poison can actually be the antidote for another poison, becoming a metaphor to mean "using one harmful thing to prevent another one from developing." The modernized version switches the first 毒 to the homophone 独 dú "alone" and alters the meaning of the second 毒 dú from poison to "virus," giving rise to some particularly sage advice: "Staying alone is the best way to stop the spread of the virus."

义不容辞 describes the feeling of something being mandatory, where 义 yì means 义务 yì wù "obligation." The updated version replaces 义 with 疫 yì "plague," describing instead the determination of the medical staff and people who are working on the frontlines to battle the novel coronavirus.

The original meaning of this idiom is to devote oneself to something with undivided attention. Under current circumstances, this is not a battle that can be won by 一 yī "one," but needs the efforts of 亿 yì "billions" of people to 移 yí "expel" the epidemic from society.