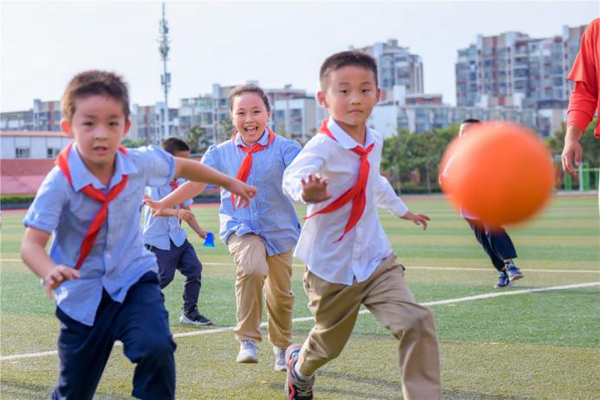 Jiangsu province has been testing a color-coded system this year to indicate risks facing children who live in difficult conditions and to offer specific help to them.

In the four-tier system, red represents the most severe conditions and that civil affairs departments must intervene immediately. It is followed sequentially by yellow, blue and green.

Xiao Jing, not her real name, was recently added to the system. The 10-year-old is an orphan infected with HIV. She has been living in the smaller city of Xinghua with her grandparents since her mother died from AIDS and her father, who also has AIDS, abandoned her.

Despite their difficulties, the family did not apply for government assistance because they feared that filling in the paperwork would spread word of the girl's health problem.

Xinghua's civil affairs department found Xiao Jing in June by combing through big data. They sent workers to her home and completed the paperwork in two days, without revealing information to the public. The family now has access to financial assistance and professional psychological help.

Wang Xiongli, deputy director of the Children Affairs Office of the Jiangsu Civil Affairs Department, said that in the past many families in difficulty either declined or did not know how to apply for government assistance.

"Many children have to live with their grandparents after their parents left them because of health problems, drug issues or being imprisoned," he said. "Senior citizens usually don't know the application procedures."

"But now, we don't need them to apply or fill in documents before giving assistance," Wang said. "We find children who may need help by using big data from many agencies, such as the disabled persons' federation, the public security bureau and the health department.

"We evaluate their condition and send social workers to their homes to confirm the findings. After that, we consult with experts to make plans for all of the children who truly need help."

In early 2020, Jiangsu province chose Nanjing, Taizhou and Yancheng to pilot the color-coded system. In Taizhou, 4,319 children living in poverty were added to the civil affairs department's system this year, joining children previously receiving aid to make a total of 10,367 children now registered in the city's color-coded system.

"The children's living and psychological conditions may change at different times," he said, "so it's important for us to keep up with the latest information."

Guo Jun contributed to this story.