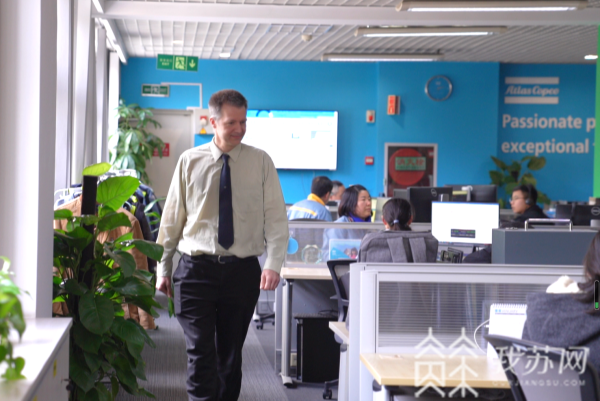 Michael Cribb is an associate professor in the English language. [Photo/ourjiangsu.com]

In response to the government's call to stay put during the Spring Festival holiday, many expats in Wuxi, Jiangsu province chose to stay in the city instead of traveling, local media outlets reported.

Taihu University invited several teachers from the United States, Spain, and Slovakia to try their hands at cooking some authentic local dishes, including sweet-and-sour spare ribs, which are famous for their thick multi-layered flavors in reddish brown gravy, and eight-treasure rice pudding, which is made of glutinous rice, red bean paste, jujube paste, preserved fruit, lotus nut, sugar, and dried longan.

"I want to learn more about Chinese cuisine, as I currently can only cook some simple dishes," said Michael Cribb, an associate professor in the English language.

Cribb's school gifted him a package of Wuxi specialties and arranged for him to visit a number of renowned local tourist sites.

A foreign teacher at the Wuxi Boston International School, the only of its kind to offer K-12 education in Wuxi, said this was her first time spending Spring Festival with her children in China.

"We learned about the meaning of the Lunar New Year for Chinese people and observed several traditional customs. We want to learn more about China," the teacher said. 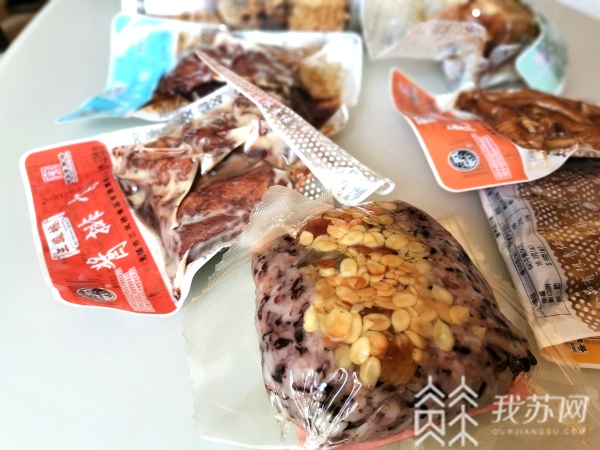 A package of Wuxi specialties. [Photo/ourjiangsu.com]