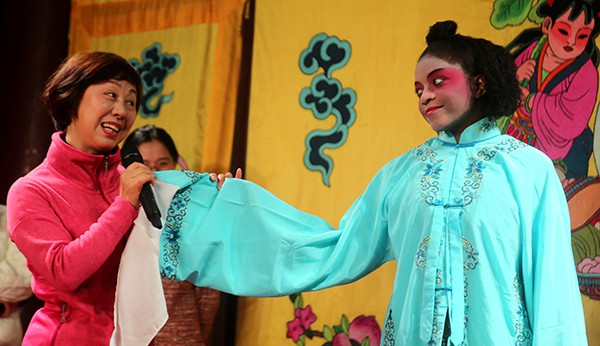 A group of Namibian students who are attending Nantong Vocational University in Jiangsu province took part in a variety of celebrations for Lantern Festival on Feb 26, local media outlets reported.

Regina Kandishishi, a student from the university's School of Architecture and Engineering, was excited about solving lantern riddles, a tradition that has been observed for centuries. The riddles are usually written on lanterns, as well as require participants to have a wide range of cultural and literal knowledge.

"I love Chinese culture, as I think it is rich in historic meanings and is very interesting," said Kandishishi after solving a riddle. Having been in China for nearly three years, she is not only fluent in Mandarin but also familiar with Spring Festival traditions, such as writing the character of fu, cutting paper decorations for windows, making lanterns, as well as pasting Spring couplets.

Her classmate, who is also among the 39 Namibian students at Nantong Vocational University, wore a costume and special make-up to play the role of the Monkey King, a legendary figure that is also known as one the main characters of the 16th-century novel Journey to the West.

Another student said that he came to China especially to learn the country's culture and language. He said that he hopes to promote Chinese culture in Namibia and work as a friendship ambassador when he returns home after completing school. 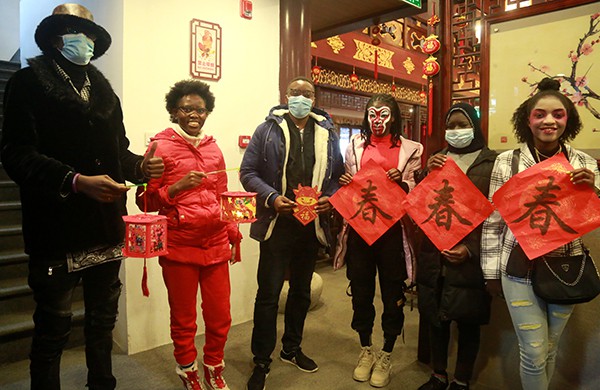