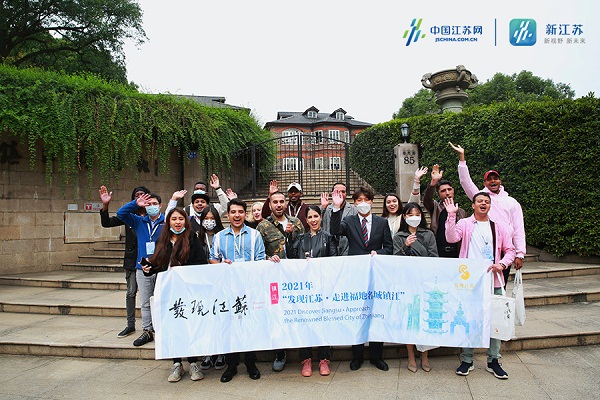 Expats take a group photo in front of the Zhenjiang Museum. [Photo/jschina.com.cn]

A group of expats from the United States, South Korea, Australia, Canada, and Serbia visited Zhenjiang in East China's Jiangsu province from Oct 18 to 19 to experience historical culture and modern agriculture.

During the two-day trip, the expats visited the Zhenjiang Museum, the Vinegar Culture Museum of China Zhenjiang, and Xijin Ferry, a historical and cultural block.

Bray Adrienne, a graduate student in Nanjing University of the Arts, enjoyed the vinegar-flavored ice cream during the visit to the vinegar museum. 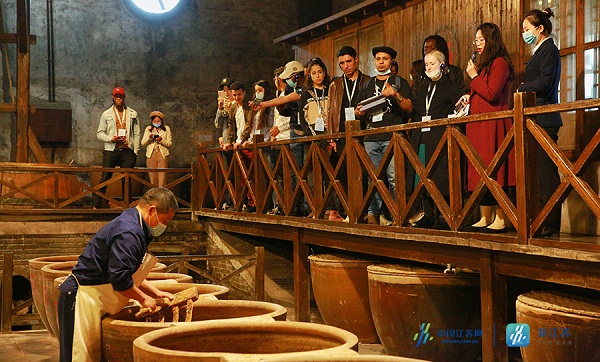 Located in the southernmost part of Jurong, Zhenjiang, Daizhuang village has been developed into a national demonstration village under the leadership of Zhao Yafu since 2001. 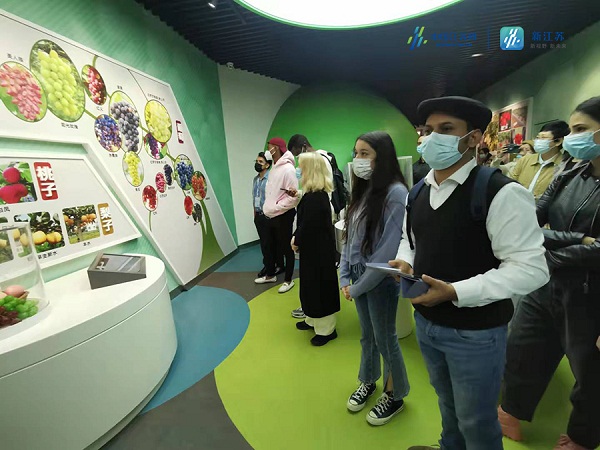 Expats learn about the modern agriculture in Zhenjiang. [Photo/jschina.com.cn]

A Canadian visitor said she was touched by Zhao's devotion to lifting farmers out of poverty and that she was impressed by the development of modern agriculture, such as trial planting strawberries and importing grape seeds from Japan.

The trip was part of the "Discover Jiangsu" series of activities organized by the information office of the Jiangsu provincial government.