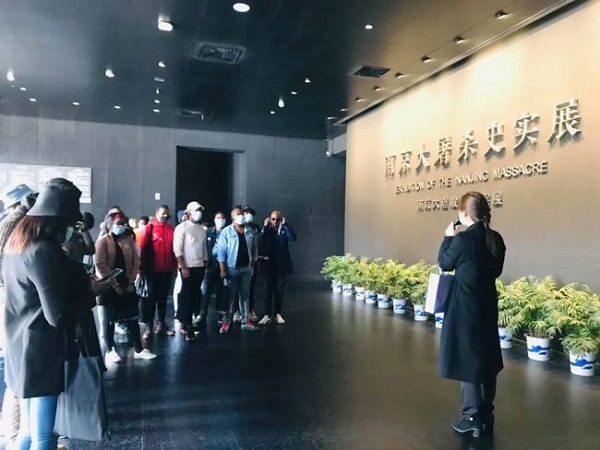 Nearly 30 students from the International Education School of the Nanjing Vocational University of Industry Technology visited the Memorial Hall of the Victims in Nanjing Massacre by Japanese Invaders on March 24 to learn about the history of the atrocity.

The students, who come from countries including South Africa, Bangladesh and Indonesia, visited an exhibition about the massacre, offered floral tributes at the tomb of victims, and listened to stories of John Rabe, a German businessman who helped protect Chinese civilian during the War of Resistance Against Japanese Aggression (1931-45).

A girl from South Africa said she would share what she learned at the exhibition to people in her country to contributing to the building of a peaceful world.

Zhao Qiu, head of the international education school, said he hopes the students would learn more about the Nanjing Massacre and do their part to maintain world peace.

According to Zhao, more than 300 international students would come to the university to study vocational skills every year, and some of them would participate in Belt and Road Initiative projects after returning to their country.