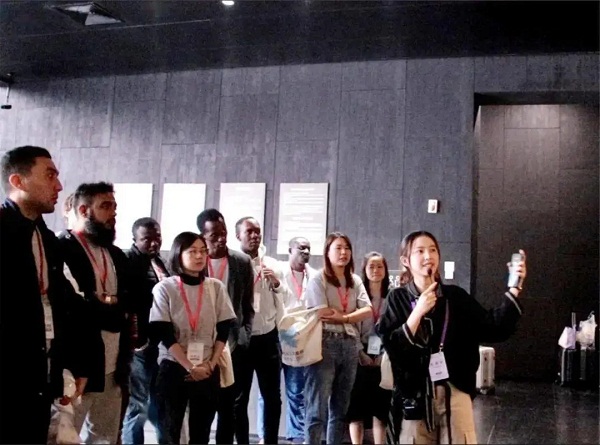 Fan Zixing, an English major at Hohai University in Nanjing, Jiangsu province, has made dedicated efforts to promote peace worldwide.

Since 2017, she has worked as a part-time interpreter at the Memorial Hall of the Victims in Nanjing Massacre by Japanese Invaders in Nanjing. Over the past years, she has received visitors from more than a hundred countries such as the United States, Germany, Japan, and Spain, and has gradually become a backbone of the memorial hall's international exchanges.

She once interpreted for J. Frederick Arment, the executive director of International Cities of Peace, when he visited the memorial hall in 2018. Arment spoke highly of her devotion to the cause of peace, which inspired Fan.

When the curator of the Auschwitz-Birkenau State Museum in Poland attended China's commemorative ceremony for the victims in Nanjing Massacre that same year, Fan provided the curator with services such as pick-up and interpretation.

Her performances impressed the curator, who later invited her to attend a three-week-long internship program in the museum in July 2019.

During her stay in Poland, Fan studied history, venue operation and management in various departments of the Auschwitz Birkenau State Museum. 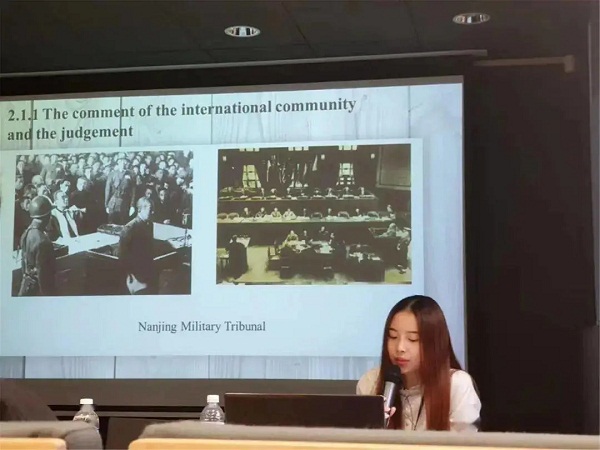 Fan gives a lecture on the history of Nanjing Massacre to employees at the Auschwitz-Birkenau State Museum in Poland. [Photo/WeChat account: jng1937]

On Aug 13, 2019, the day before Fan left Poland, she gave a lecture about the Nanjing Massacre to nearly 100 staff, commentators and volunteers. "Many of them showed strong empathy especially when I talked about the details." Fan recalled, adding that this exchange drew people of the two memorials and the two nations closer.

In July 2020, the Auschwitz-Birkenau State Museum awarded Fan for her outstanding voluntary services and contributions to world peace.