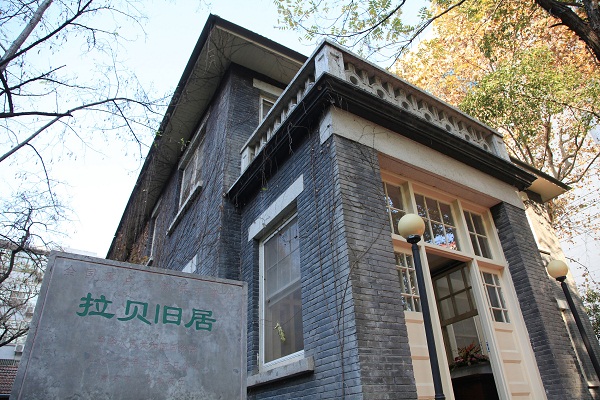 The former residence of John Rabe is a two-story Western-style building located in Gulou district of Nanjing, the capital of East China's Jiangsu province.

It was included on the list of Jiangsu provincial heritage sites in 2006 and was recognized as a key cultural heritage site under state protection in 2013. 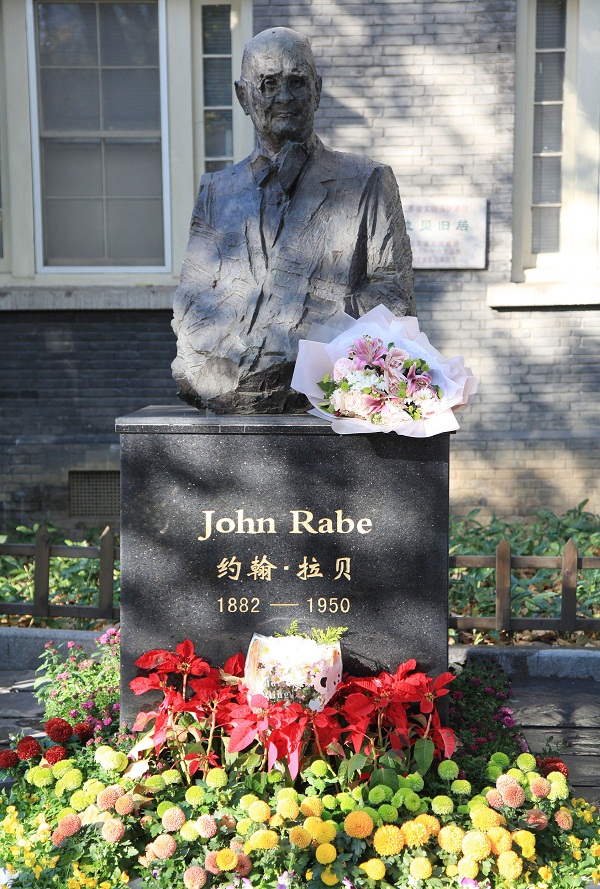 A statue of John Rabe is set up at his former residence in Nanjing. [Photo/CFP]

Born in Hamburg, Germany, Rabe came to China in 1909 and became a business representative of Siemens in Nanjing in 1931.

During the Nanjing Massacre by the invading Japanese troops in the late 1930s, Rabe and several other foreigners established an international safety zone, taking in and saving more than 200,000 Chinese civilians.

He wrote a 10-volume diary that recorded the atrocities of the Japanese invaders and took it to Germany in early 1938. The diary was released to the public by his granddaughter in 1996, more than 40 years after his death. It has become an important historical resource in the study of the massacre.

To cherish the memory of Rabe, his residence in Nanjing was turned into a museum and various exhibitions about him were held across China. Around 20,000 people visit Rabe's former residence each year.