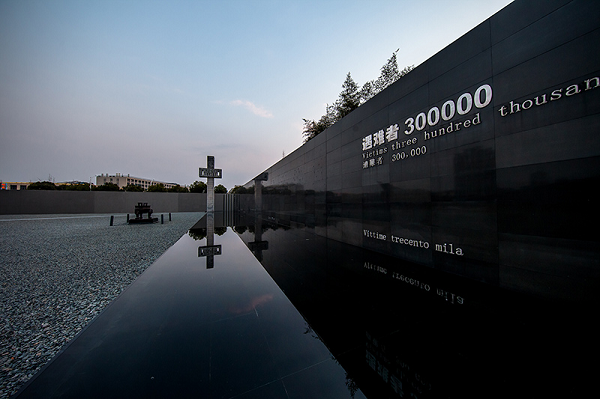 The Memorial Hall of the Victims in Nanjing Massacre by Japanese Invaders is located in Nanjing, East China's Jiangsu province. [Photo/19371213.com.cn]

The Memorial Hall of the Victims in Nanjing Massacre by Japanese Invaders is a thematic memorial hall in Nanjing, East China's Jiangsu province. It was officially opened to the public on August 15, 1985. After more than 30 years of construction and development, the memorial hall has become a national first-class museum with high international visibility.

The memorial hall covers a total area of 103,000 square meters, with a building area of 57,000 square meters and an exhibition area of 20,000 square meters. It has a large number of unique buildings where many first-hand historical records, artifacts, and photographs are displayed. It also possesses sculptures, a public memorial square, a cemetery square, a victory square, and a peace park.

A branch of the memorial hall has also been set up. Altogether there are three basic thematic exhibitions that display history about the Nanjing Massacre, the "Comfort Women" system set up by the Japanese army, and the War of Resistance Against Japanese Aggression (1931-45). A total of nearly 4,000 photographs, 9,992 pieces of records and artifacts, as well as 262 videos are on display.

Since its opening, the memorial hall had received more than 90 million visitors from over 100 countries and regions by the end of 2017. It has been visited by a number of party and state leaders, important foreign government leaders like former U.S. President Jimmy Carter and former Japanese prime minister Toshiki Kaifu, as well as foreign ambassadors to China and consul generals to Shanghai from more than 30 countries.