Nanjing maps out plan to improve education during 2021-25 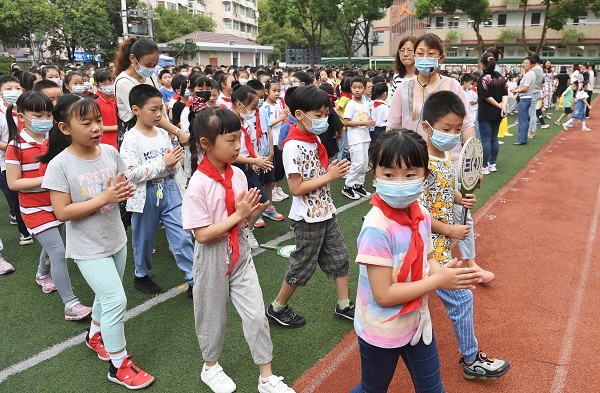 Zhou Peng, a deputy director of the education bureau of Nanjing, said at a news conference on Dec 29 that the city will add more than 100 kindergartens and 60 primary and middle schools as well as increase the admission quota by 100,000 over the next five years.

According to Zhou, the admission quota of schools in Nanjing is expected to be insufficient in the future due to the mass movement of people to urban areas and the phasing out of the one-child policy.

More high-quality educational resources will be allocated to the suburbs and rural areas in the city to achieve more balanced education development, said Zhou.

In addition, Nanjing's schools have offered after-class services to over 95 percent of students, helping ease their burden of excessive homework and off-campus tutoring, said Dai Xinghai, a deputy director of Nanjing's education bureau.