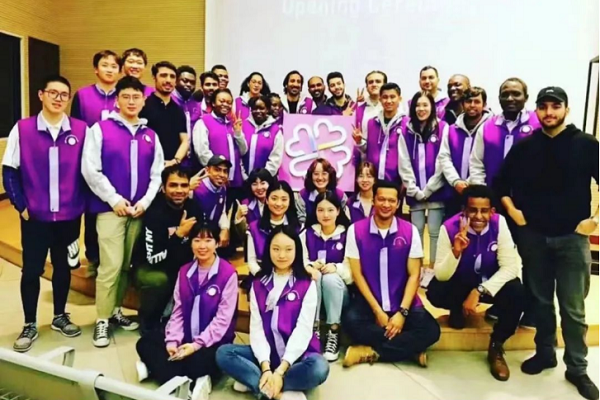 International volunteers at the Memorial Hall of the Victims in Nanjing Massacre by Japanese Invaders pose for a group photo. [Photo/Xinhua]

More than 300 international volunteers from over 30 different countries are working at the Memorial Hall of the Victims in Nanjing Massacre by Japanese Invaders in Nanjing, East China's Jiangsu province to help raise global awareness about the tragedy.

A US teacher named Jonathan at Hohai University in Nanjing applied to be a volunteer at the museum in January 2020. He once visited a survivor of the Nanjing Massacre, Ma Tingbao, who shared with the American his experiences and old photos. Jonathan then posted what he learned about the massacre on social media platforms like Twitter and said that he hopes more people would know about this event.

A Namibian volunteer, who has been in Nanjing for six years, has also made videos about the museum and the Nanjing Massacre and published them on her YouTube account, which has more than 150,000 followers. Many of the viewers were astonished by the history after they watched the videos, she said.

More and more volunteers from countries including Germany, the United States, Canada, and Australia have come to Nanjing and participated in summer camps organized by the museum. After returning to their countries, many of them would share their knowledge about the catastrophe through social media, giving speeches, singing songs, or displaying pictures.