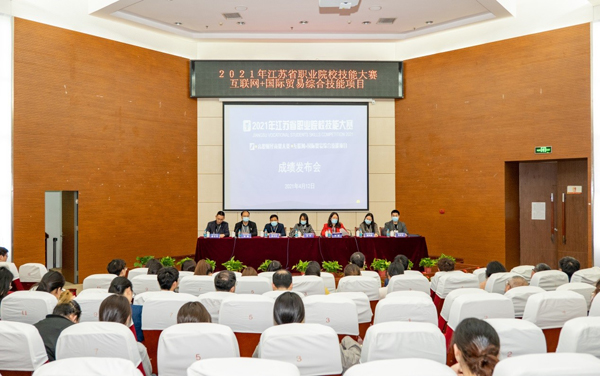 East China's Jiangsu province held a competition for vocational students on April 11 and 12, aiming to test their professional proficiency and vocational skills in international trade in the Internet Plus era.

The competition attracted 47 teams of 141 participants from across the province. First, second, and third-place prizes were awarded to five, nine, and 14 colleges, respectively, represented by the Suzhou Institute of Trade and Commerce, Yangzhou Polytechnic Institute, and Nanjing Vocational College of Information Technology.

Internet Plus has been becoming a major driving force behind the high quality development and industrial upgrading of international trade in recent years.

The Jiangsu Vocational Students Skills Competition has become a widely-recognized platform for local students to show off their professional skills. This year's edition was held at the Suzhou Institute of Trade and Commerce.