Macao hosted a meeting to promote international cooperation in higher education between Jiangsu province, Macao and Portuguese countries, on Oct 23.

Several officials and 23 university principals from Portugal, Brazil, Mozambique, Macao and Jiangsu province, China attended the meeting, trying to build an educational exchange platform that echoes the Chinese-Eurasian Belt and Road Initiative, a national development strategy and framework focusing on connectivity and cooperation. 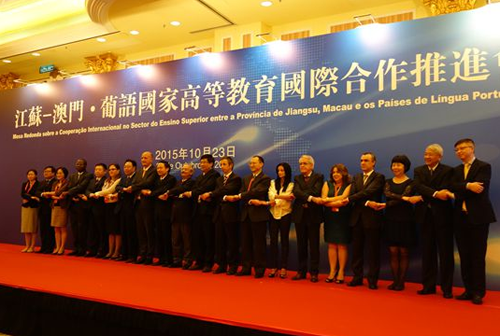 In his address to the meeting, Ding Xiaochang, director-general of the Education Department of Jiangsu Province, described the achievements Jiangsu has made in educational exchange and cooperation in recent years.

Since 2014, delegations from Jiangsu have paid many visits to universities and education departments of Portuguese countries including Angola, Brazil, Cape Verde and Mozambique, and attended various forums to seek cooperation. One result is that Brazil has sent six football coaches to Jiangsu province to launch a football training project in primary and middle schools.

Ding also put forward his suggestions for building the cooperation platform. He hoped that schools will construct networks to link to each other, increase the number of exchange students, set up Confucius Institutes, and launch teacher training projects. 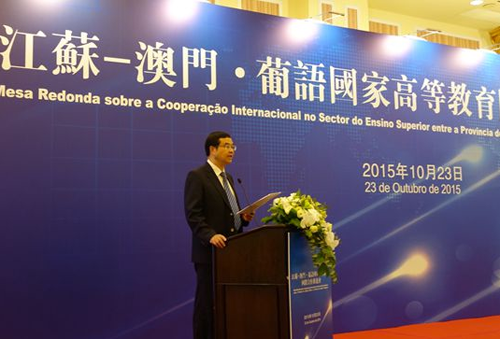 The meeting produced a memorandum of understanding and establishment of the first cooperation platform for educational exchange between universities of Jiangsu province, Macao and Portuguese countries.