Lianyungang is a prefecture-level port city in northeastern Jiangsu province. It borders Yancheng to its southeast, Huai'an and Suqian to its south, Xuzhou to its southwest, and the province of Shandong to its north. Its name derives from Lian Island (formally Dongxilian Island), the largest island in Jiangsu Province which lies off its coastline, and Yuntai Mountain, the highest peak in Jiangsu Province, a few miles from its downtown, and the fact that it is a port.

Lianyungang (as Yuntai Mountain) was known in the West as Haichow (Wade–Giles romanization). This was one of the four original ports opened up for foreign trade in the 1680s by the Qing Dynasty Government. 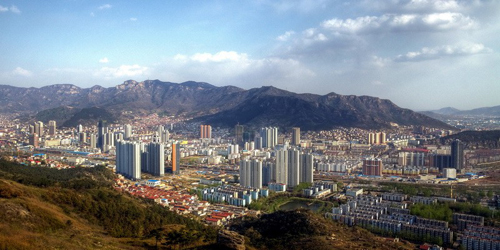 The temperature in Lianyungang can reach average highs of 30 °C in the summer and drop to as low as -4 °C in the winter. The vast majority of precipitation occurs between June and August, where it can measure up to 278mm of rainfall on average. Winter precipitation is quite low, making snowfall both rare and short-lived. 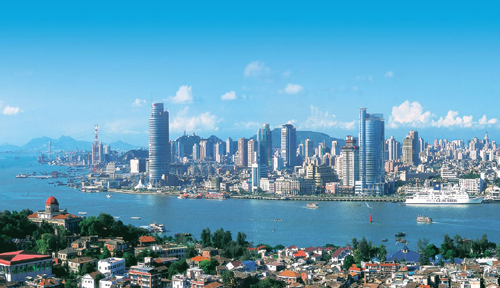 Lianyungang is the eastern end of the Longhai Railway (formerly the Lunghai Railway), connecting it with Lanzhou in central China. It is among the first 14 Chinese coastal cities opening to the outside world and a rising center of industry, foreign trade, and tourism in east China.

This port is located in the center of the coast, linking eastern sea routes with western land routes. Both Japan and the Republic of Korea in the east can be reached economically and conveniently from Liangyungang, which is also part of the worldwide network of sea transport.

On "China's 21st Century Agenda", Lianyungang is to be developed into an international seaport linking countries on the Pacific rim with those in Central Asia. In the "National Ocean Development Plan", it is listed as one of the three special development zones. 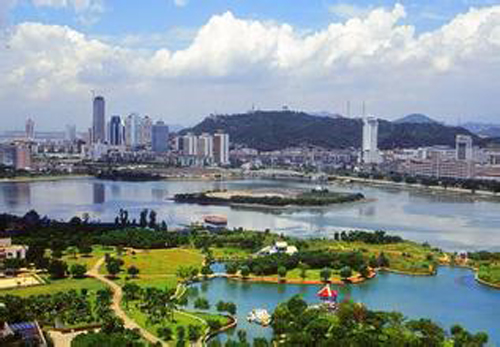 Lianyungang is famous for its Huaguoshan Shuiliandong (花果山, 水帘洞) attraction. Shuiliandong literally means the "Water Curtain Hole", the home of Sun Wukong also commonly known as the Monkey King from the epic novel Journey to the West. In this hole, underneath the mountain is where he and his monkey subjects lived.