As the hometown of Zhou Enlai, the former premier of China, Huai'an is a famous historical & cultural city, as well as a beautiful city with many scenic spots. Huai'an covers an area of 10,072 square kilometers, with a population of 5.24 million. The city administers four districts of Qinghe, Qingpu, Huaiyin and Chuzhou, and four counties of Lianshui, Hongze, Jinghu and Xuyi. 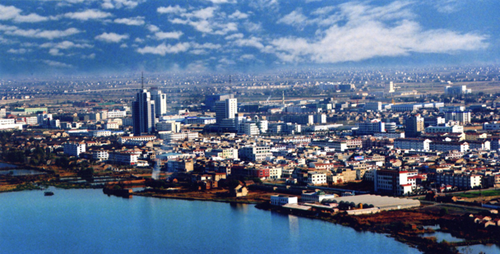 Located in the hinterland of Northern Jiangsu, Huai'an is adjacent to Yancheng city on the east, Yangzhou city on the south, Anhui Province on the west, and Lianyungang, Xuzhou and Suqian on the north. It enjoys a distinct superiority in its location and only takes 2 hrs, 4 hrs and 8 hrs from Huai'an to Nanjing, Shanghai and Beijing respectively.

Huai'an enjoys the monsoon climate of the temperate zone, characterized by distinct seasons, pleasant weather and abundant rainfall. With nine rivers passing through, Huai'an hosts one of the country's five largest freshwater lakes, the Hongze Lake, within its boundary. Abundant aquatic products, special fowls, vegetables, fruits, high-grade grain and other farm and sideline specialties are produced in this land. Huai'an is a famous national production, processing and marketing base for green farm and sideline products. Huai'an also boasts rich natural mineral resources. Among them, the proven reserve of rock salt reaches 130 billion tons, ranking first in the world, and that of attapulgite exceeds 70% of the whole country.

Huai'an is located at eastern side of Hongze Lake. Ancient Beijing-Hangzhou Grand Canal and young Beijing-Shanghai Expressway join here, with bright history and splendid civilization shining. Territory of Huai'an covers both banks of the ancient Huai River. Legend goes that Dayu once harnessed water in this area and offered the favorable condition that "Huai River will remain safe and quite forever", name of the city "Huai'an" means Huai River's tranquility.

The city has found the trace of ancestors as early as five to six thousand years ago recorded in annals as "Qinglian'gang Culture".