Suqian is a prefecture-level city in northern Jiangsu Province. It borders Xuzhou to the northwest, Lianyungang to the northeast, Huai'an to the south, and the province of Anhui to the west.

Suqian, a city of credibility, is a perfect destination for investment. The integration of traditional culture and modern civilization has given birth to the city. On the basis of its fast developing economy, perfect investment environment and preferential open policy, Suqian has become a great place for investors both at home and abroad. Suqian people, sharing the virtue of hardworking, wisdom, enlightening and sincerity, provide wider cooperation fields and magnificent investment return for those from all walks of life.

The city borders Xuzhou to the northwest, Lianyungang to the northeast, Huai'an to the south, and the province of Anhui to the west.

The afforestation rate of the city reaches 38.5 percent and the greenbelt coverage rate reaches 34.1 percent. There are 301 days in a year when the air quality can reach the second level of the national air quality standard in average. It is the only city without acid rain in the province. The drinking water reaches the first level of the national standard. Hongze Lake, one of the four largest fresh water lakes in China, has 3.1 million water surface. It is one of the most beautiful scenic spots of the city. 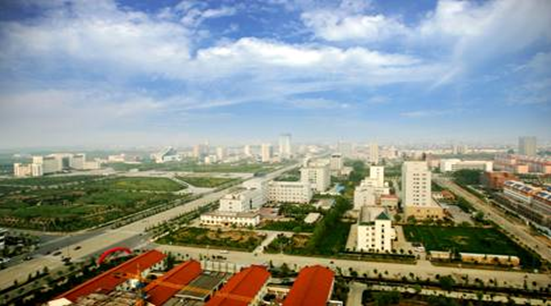 Ten years after establishment, Suqian ranks 125 in the nation's 286 municipal cities in comprehensive competitiveness evaluation. The city's developing indexes of economy, water supply, drainage and power supply rank the top 100. The city's transportation development index is high up to No. 6.

Suqian's strategic orientation is to become the largest industrial cluston in the middle of East Longhai Railway area, a new compact district for foreign investment in the north of Jiangsu province, and the procession base of the southern wing of Huaihai Economic Zone.

Suqian is a city with rich cultural connotation, whose orientation is "A forest model, environmental friendly, garden style, lakefront ecological city in favor of sustainable development".

Suqian has a long history and every generation produces its man of ability. Suqian is the native place of the overlord Xiang Yu of the West Chu Dynasty, who together with his wife Yuji left a romantic story. The xanadu of Emperor Qian Long of Qing Dynasty is situated by the side of the Grand Canal. Qian Long had been to the Yangtze River Delta for sightseeing for six times and had been to the city for five times. The Grand Canal and the Yellow River come across the city, and Hongze Lake as well as Luoma Lake also add beauty to the local scenery.

Xiacaowan Ruins, first excavated in the city, refracts the first sunlight of mankind origin. The King Tomb of Han Dynasty, unearthed in Sanzhuang Tombs, witness the magnificence of the ancient culture of Qin and Han Dynasty. Unique local conditions and customs have made up unique culture of ancient Chu Period. The Chinese civilization extends its inheritance here. Through thousands of years, the city has cultivated innumerable heroes and cultural celebrities recorded in annals, such as Xiang Yu, Lu Su, Wei Sheng, Yang Sihong, Zhu Rui, ZhangXiangwen, Wu Yinxian and Wu Lingsheng. 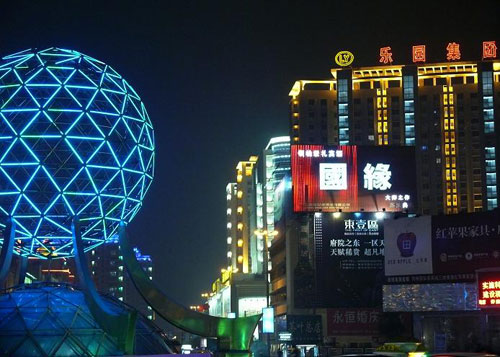