A delegation from Huambo province in the Republic of Angola visited Jiangsu Agri-Animal Husbandry Vocational College in Taizhou on May 30.

The delegation, headed by Joaquim Rodrigues da Conceição, vice-governor of Huambo province, learned about the development of the agriculture and fishery industry in Jiangsu during the meeting with provincial governmental officials.

Andrade Moreira Bahu, director of the Huambo agricultural, rural development and fishery department, and He Zhengdong, president of the college, on behalf of each side signed a cooperation agreement. 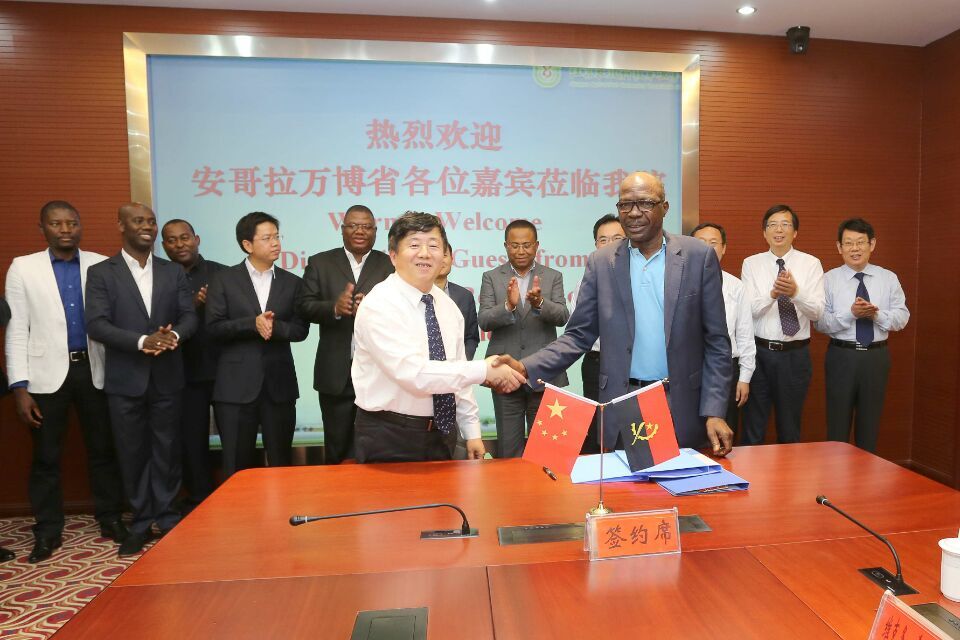 Andrade Moreira Bahu (R), director of the Huambo agricultural, rural development and fishery department, and He Zhengdong (l), president of the college, on behalf of each side signed a cooperation agreement. [Photo/JAHVC]

Both sides agreed to deepen cooperation in agriculture, science and technology, and education.

According to the deal, the college will enroll 15 Angolan students this year for three-year degree programs.

The meeting also included an unveiling ceremony for a base fostering agricultural and husbandry personnel for Angola, which is a cooperation project between the Huambo government, the college and a Taizhou agricultural technology company. 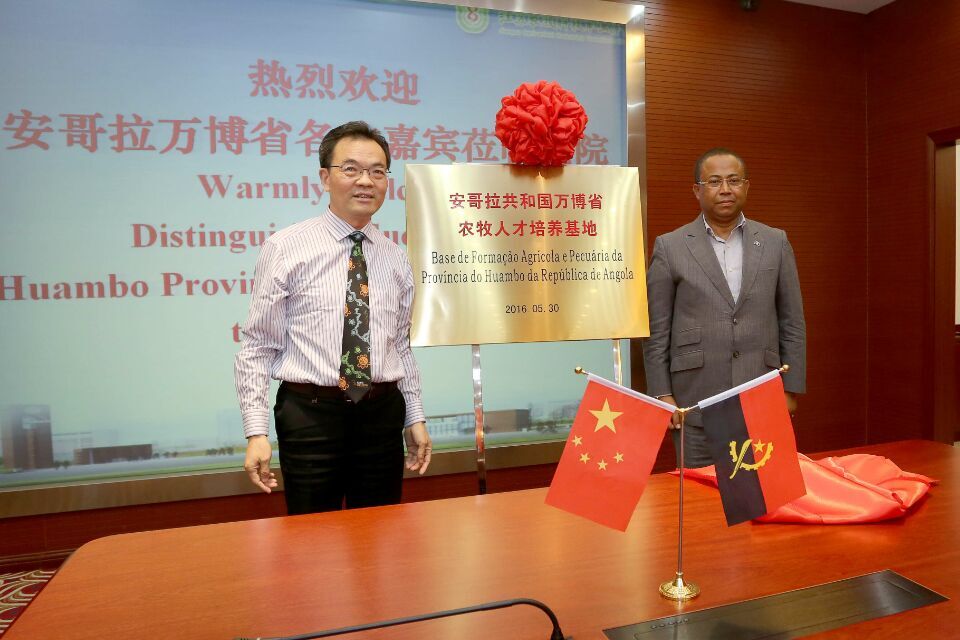 Both sides unveil the nameplate for the personnel training base. [Photo/JAHVC]

The Republic of Angola is a southwestern African country with Portuguese as its official language. The province of Huambo is situated in central Angola with a total area of 34,000 square kilometers and a population of 2 million. 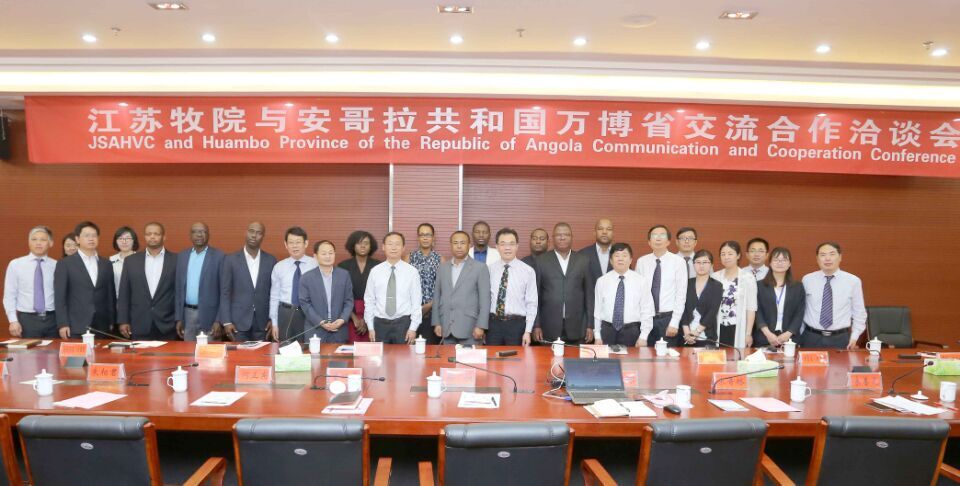