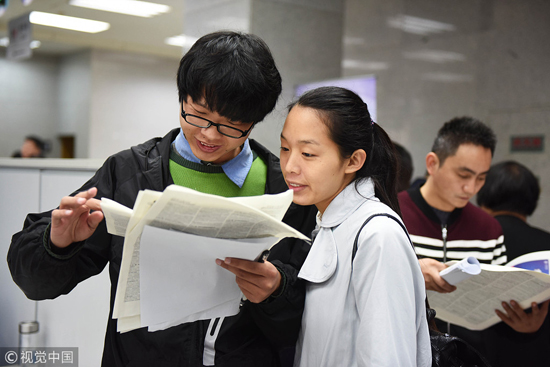 Having recently finished up a 10-day visit of mainland Internet enterprises, Lin Kun-sung is headed back to Beijing to continue his studies as an exchange student.

"Seeing the mainland's economic and social development has made me more confident to start my career here," said Lin, a 20-year-old student from Soochow University in Taipei.

After learning about Didi's Internet ride-hailing technology, Lin said he was surprised by the vehicle tracking system and user feedback mechanism.

Li Shan Lin, a senior student from Taiwan University, said her visit at Xinhuanet was eye-opening.

"I didn't expect a traditional media institution to be so modern," she said, noting that she was impressed by Xinhuanet's video and drone footage production skills.

She said she was hesitant about applying to study new media at Peking University before the visit. "But now I know that the mainland is a great stage for Taiwan students majoring in journalism," she said.

Xinhuanet's deputy editor-in-chief Liu Jiawen said he hopes that Taiwan's young people can seize the opportunities in the mainland and bring new life to exchanges across the Taiwan Strait.