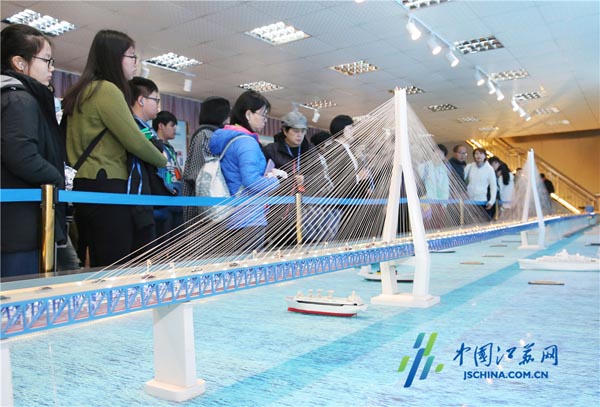 Students and teachers from Hong Kong take a closer look at the model of Shanghai-Nantong Yangtze River Bridge in Nantong, Jiangsu province. [Photo by Xu Congjun/jschina.com.cn]

The port city of Nantong in Jiangsu province welcomed a group of 120 students and teachers from Hong Kong on March 27 and 28, introducing them to the city's historic and modern development.

The delegation, from Hon Wah College in Hong Kong, got the opportunity to learn about how the eastern Chinese port city has benefited from its natural resources and strived forward with great momentum.

They visited the local offshore wind power plant, the largest of its kind in Asia, and also took a look at the Shanghai-Nantong Yangtze River Bridge, a conglomeration that is helping the Jiangsu city build itself into the northern gate of neighboring Shanghai. It will promote coordinated development and connectivity with Shanghai in fields such as traffic, industrial cooperation and innovation. 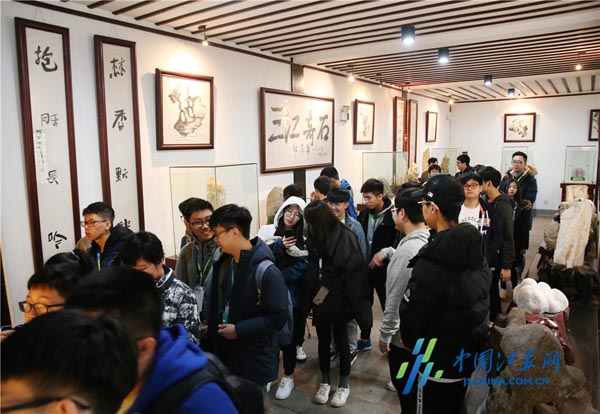 A delegation of 120 students and teachers from Hon Wah College in Hong Kong visit Nantong in East China's Jiangsu province on March 27 and 28. [Photo by Xu Congjun/jschina.com.cn]

The delegation also visited the Nantong Museum and Green Valley, appreciating the city's ancient tranquil water town features while getting to know its profound history. 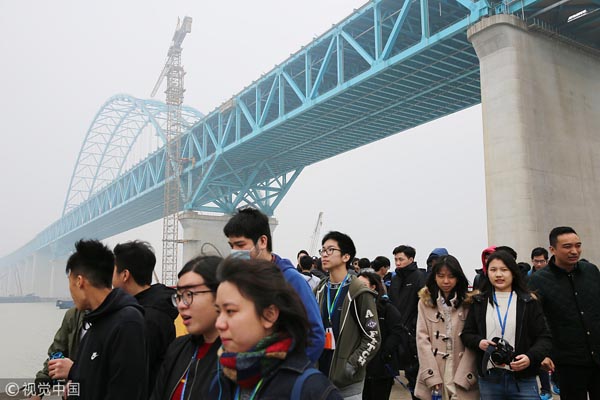 The Shanghai-Nantong Yangtze River Bridge is a conglomeration building the Jiangsu city into the northern gate of neighboring Shanghai. [Photo by Xu Congjun/VCG]