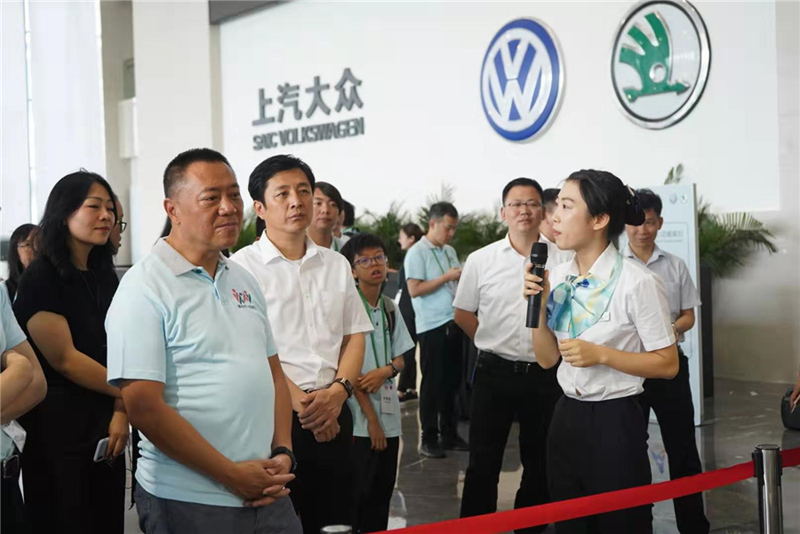 Macao's Secretary for Economy and Finance, Lionel Leong Vai-tac (second from left), leads a group of 100 youth and teenager representatives to the SAIC Volkswagen car plant in Yizheng, in Jiangsu province, on July 16. [Photo/jschina.com.cn]

Macao's Secretary for Economy and Finance, Lionel Leong Vai-tac, led a group of 100 local youth and teenager representatives to the eastern Chinese province of Jiangsu on July 14-17.

The group had their first visit to the SAIC Volkswagen car plant in Yizheng, a county-level city under the governance of Yangzhou. They were impressed by the efficiency of the 816 industrial robots at the car body workshop, as well as the the paint workshop which had an automation rate of 85 percent, and the general assembly section that applies lifting platforms that can easily manipulate car bodies.