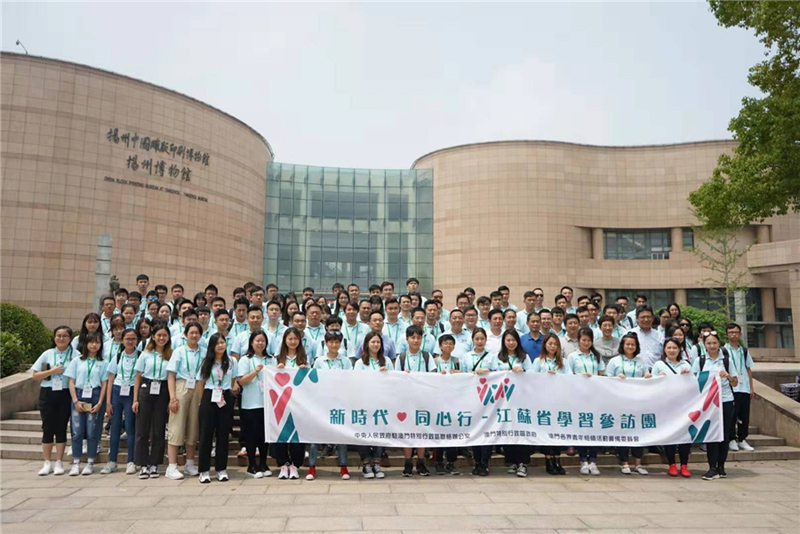 The Macao delegation poses for a group photo at the Yangzhou Museum, also known as the China Block Printing Museum in Yangzhou on July 16. [Photo/jschina.com.cn]

At Yangzhou Museum, also known as the China Block Printing Museum in Yangzhou, the delegation got to know about the time-honored art of block printing, a method mainly of elaborately printing images, paper and other texts, that started during the Tang Dynasty (618-907) and was listed in recent years as national and UNESCO intangible cultural heritage.

During the afternoon, the group visited the science and education hub in Changzhou, which since 2002 has been gearing up to integrate higher education, scientific research, business incubations and financial capital.

They got first-hand experience of local college student training centers which offer instruction in automotive engineering and photovoltaic material processing.